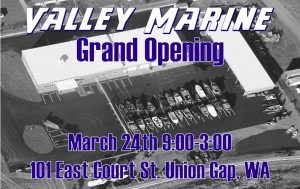 North River Boats would like to welcome Avataa Outdoor Sports as our newest Canadian dealership.

Avataa Explorations & Logistics Inc. was founded in 2011 by Charlie and Christine Watt.  They are well experienced, educated Inuit who are avid outdoor enthusiasts and have lived all their lives in the North.  The Watt’s are involved in Community, Social and Cultural activities with education and youth as part of our Corporate Social Responsibility.  Let them cater to your needs whether it is exploration, mining or government and allow them to share their valuable knowledge and experience in the Nunavik region.

They welcome the opportunity to earn your trust and deliver you the best service in the industry.

Contact them today to discuss your new North River Boat!

North River Boats is excited to announce The Bay Company as our newest dealer, with three locations in Alaska; Craig, Wrangell and Ketchikan. This family operated business was established in 1979 and has earned the trust of Alaska’s customers and established a reputation for exceeding customer expectations. Contact them today to discuss your new North River Boat! 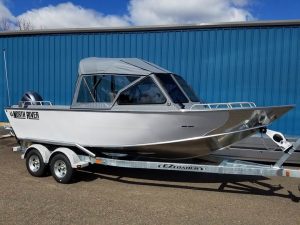 ROSEBURG, Ore. – May 2, 2017 – North River Boats, one of the largest private employers in
Roseburg, Ore., has new partners – more than a hundred of them. In a surprise announcement
today, CEO Brent Hutchings informed his entire company of a newly formed employee stock
ownership plan (ESOP) that will help him transfer over time a third of his ownership to eligible
employees — the vast majority of his team of 131. The structure, Hutchings says, helps share the
privately held company’s success with the people who deserve it most, reflecting the true spirit of
North River Boats.

“My wife, Chrys, and I want to share the wealth with the people who have worked so hard to build
this iconic company by creating a legacy of ownership in the Roseburg community. It feels very
much the right thing to do. Our team already behaves like owners, and now they actually are.” said
Hutchings. “Creating an ESOP keeps the company I love forever afloat in Douglas County, without
selling the business or giving up control to an outside investor.”
Beneficial State Bank financed the multi-million dollar deal, led by Senior Vice President and
Relationship Manager Matt Anderson. The bank helped Hutchings achieve partial liquidity while
rewarding employees, the average of whom has been with the company more than 10 years, with
some more than 30. Each qualifying employee received an initial contribution for 2016 equal to
about 16 percent of a year’s gross pay, with additional allocations each year after that they stay with
the company.

“I have worked with a lot of banks and have never had an experience like this,” Hutchings said.
“Beneficial State played a huge role three years ago by providing the necessary debt financing to
enable me to buy the business and again today by providing the debt funding for the ESOP. They
really took time to understand our business and to help me design the ideal conservative capital
structure for our company.”

Hutchings, who became CEO in 2012 before buying the business in 2014, helped nurture record
growth after a vicious downturn and a prior leadership crisis nearly killed the company. With a
commitment to community values, respect for employee contributions and dedication to providing a
healthy, safe working environment, the company has tripled revenue in the past four years and
doubled employment. North River Boats now builds 350 boats a year, ranging from $50,000
recreational boats to $2 million commercial vessels, including Alaskan whale watching boats, pilot
and commercial boats navigating international waters; government vessels for the Navy and Coast
Guard; and fire, police, and other vessels for municipal customers throughout the United States.

“The success of our diversification strategy and establishment of the ESOP form the foundation of a
permanent future for North River Boats in the Roseburg community. Fast-forward 100 years and we
will still be here,” Hutchings said.

North River Boats is pleased to welcome Elephant Boys in Spokane, Washington as our newest full line North River dealer. Elephant Boys is a quality dealership and recently opened a brand new sales and service facility. Their sales and service team have years of established success and their commitment to deliver a superior customer service experience, make them the ideal choice to be the newest dealer of best-in-class North River Boats. If you are in central Washington, please contact them today to view your next North River!!!

Our good friend John Keizer of Salt Patrol spends the day on the water fishing for Chinook salmon with Steve Lynch of Pro-Cure and Jerry Henderson. Watch and learn tactics with herring, hoochies and spoons. Of course, they are fishing out of the Salt Patrol 26’ Seahawk Offshore!! Find yours today at your local North River Boats dealer.

Use this form to find things you need on this site

You can add any HTML here (admin -> Theme Options -> Promo Popup).
We suggest you create a static block and put it here using shortcode